With well over 200 castles in Aberdeenshire, for anyone looking for castles in Scotland, the East Coast of Scotland is definitely the place to visit.

Scotland has some incredible history, and the castles in Scotland are real-life relics telling a part of the story. Whether the castle was burnt down during a siege hundreds of years ago, it is only just standing with crumbling stone walls and tumbling turrets, or has been lovingly maintained and restored for all to enter, you can find every kind of Scottish castle in Aberdeenshire.

To help you plan your own castle trail during your Scotland break, we’ve created a list of Aberdeenshire castles from castles near Aberdeen, to castles in the North and the South. You can choose a grand historical monument to visit that’s close to you below.

Inverurie is just 30 minutes along the A96 from Aberdeen, the castles in this section are all within 30 minutes of Inverurie. Located between the River Don and River Ury, Inverurie was founded by David of Huntingdon, the great-great-grandfather of the famous Scottish warrior Robert the Bruce.

If you need a stop-over place to stay, our Inverurie hotel Thainstone House is an 18th century mansion with period details, so you can be totally immersed in Scotland’s historical architecture during your trip.

Built by the 7th Laird of Tolquhon, William Forbes in 1584, Tolquhon Castle was even visited by the King of Scotland, King James VI in 1589. Although the castle is now ruined, after Forbes’ descendants were forced to abandon it due to debts, Historic Environment Scotland still describe this castle near Inverurie as “the most characteristic château of the Scots Renaissance”, so it is well worth a visit.

“See for yourself why this noble residence is said to be one of Grampian’s most picturesque castles. Among the lavish details are fine carvings of its chief builder Sir William Forbes and his wife.”

Castle Fraser is one of the most impressive Castles of Mar - Mar being an ancient province covering the area to the West of Aberdeen between the river Don and the River Dee.

According to the National Trust for Scotland:

“Home of the Fraser family for more than 400 years, the castle is filled with family portraits, ornaments and mementos – all of which have their own colourful stories to tell about the lairds.”

The castle opens to visitors and has a lot of interesting features, so is well worth a visit, especially on a family holiday. 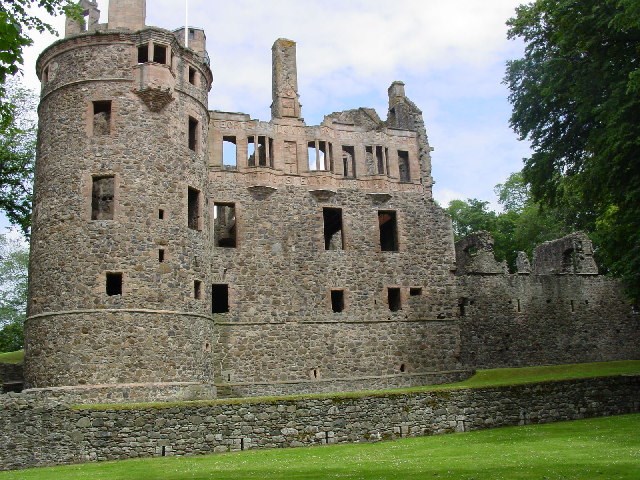 Open to the public, partially ruined but still majestic in stature is Huntly Castle near Inverurie.

The 12th century castle has an interesting history, and according to About Aberdeen “The Strathbogie family gave shelter to King Robert the Bruce after falling ill at Inverurie. Upon his recovery he went on to triumph at Bannockburn.” According to Undiscovered Scotland, Strathbogie decided to shift loyalty from Bruce to the English, which after Bruce’s victory at the Battle of Bannockburn, meant Strathbogie had his castle and lands given to a more loyal subject.

With such an exciting history, this grand ruined castle is definitely worth visiting.

Banchory is less than 40 minutes West of Aberdeen, known as the “Gateway to Royal Deeside”, an area of Scotland said to be beloved by Queen Victoria.

There is plenty to do in this area of Scotland, with golf courses, adventure activities, with a good high street of shops, restaurants and pubs, it truly is a lovely town in Aberdeenshire. 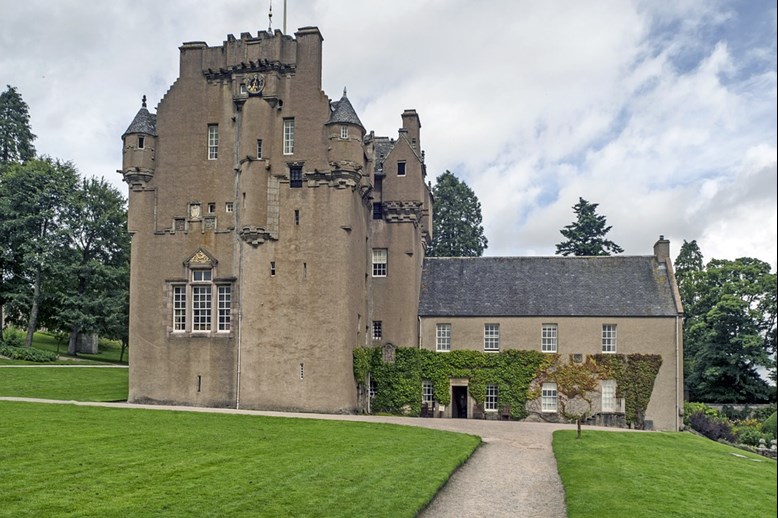 Crathes Castle in Banchory is a 16th century castle in Aberdeenshire. The castle is open for visiting, run by the National Trust for Scotland. Building of the castle began during the reign of Mary, Queen of Scots. The castle is a haven for wildlife, once being part of the Royal Forest of Drum, and contains notable paintings as well as Scottish renaissance painted ceilings in some rooms.

Drum castle is an impressive and popular castle in Aberdeenshire that is open to the public, and according to Wikipedia:

The castle near Banchory is one of the oldest tower houses in Scotland, has a garden containing historic roses, and is next to the Old Wood of Drum containing ancient oak trees according to the National Trust for Scotland.

Stonehaven is less than 30 minutes drive South of Aberdeen. Stonehaven is a town “famous for its Hogmanay fireballs ceremony”, “when people swing blazing balls above their heads to ward off evil spirits”, according to Visit Scotland.

Whether or not you choose to wave fireballs above your head, if you want to visit a gorgeous harbour town with cliffs, beaches, famous for Dunnottar Castle in Banchory, this place is well worth a visit. 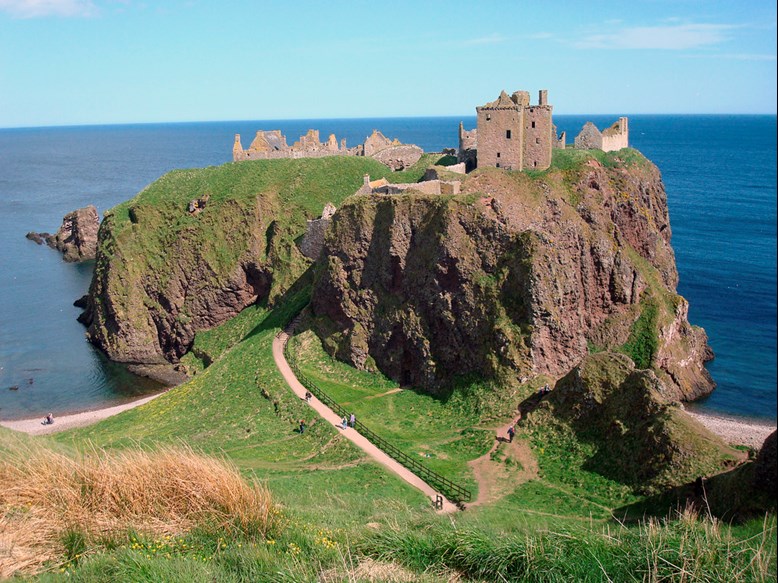 Dunnottar Castle in Stonehaven is an iconic ruined castle on the west coast of Scotland, built on a piece of rocky land that extends out into the sea.

The castle is famous for many things, highlights of which are vikings killing King Donald II of Scotland here, and it serving as the hiding place for the Honours of Scotland, Scotland’s crown jewels from Oliver Cromwell’s army in the 17th Century.

The castle is open to the public, and is definitely worth a visit to anyone thinking of a holiday near Aberdeen.

Ballater is located just over an hour west of Aberdeen. It is a picturesque Victorian village in the centre of the Royal Deeside area, which is located in the Cairngorms National Park.

Ballater is well known for its royal connections, notably Balmoral Castle, one of the residences of the Royal Family, and the Royal Lochnager Distillery, which is definitely worth a visit when in this part of Aberdeenshire. Our inn in Ballater the Deeside Inn is the perfect location to stay over to take in the sights of this wonderful area of the Cairngorms National Park.

This castle near Ballater is open to the public for visits for part of each year, with restaurant and afternoon tea available.

Balmoral Castle has been a residence of the British royal family since 1852. Queen Victoria and Prince Albert first visited the previous building there in 1848, and after finding it too small, and in 1853 construction began on the new castle. 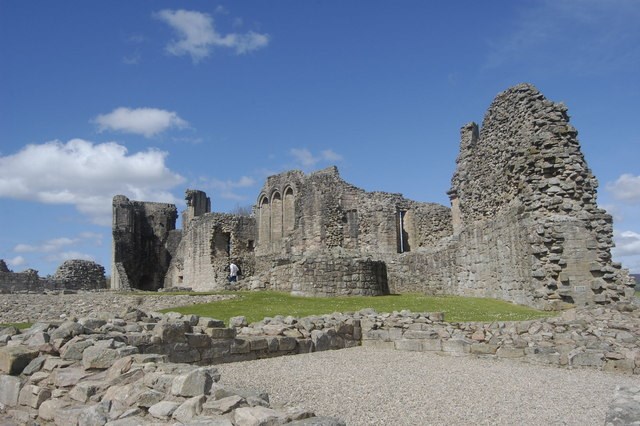 Kildrummy Castle near Ballater are impressive ruins of a castle that is open to the public to visit. The castle has impressive gardens, and an equally impressive history, having defended the family of Robert the Bruce in 1306.

According to Historic Environment Scotland:

“Even ruined, the stronghold of the mighty earls of Mar is a fine example of a 13th-century castle, with its curtain wall, four round towers, hall and chapel.”

The castle defended some key routes that lead to Moray and Buchan, areas of Aberdeenshire, so has seen a lot of action in its many hundreds of years!

Although not far from Ballater, these castles in Cairngorms National Park are the perfect addition to a visit to this beautiful area of Aberdeenshire.

The Cairngorms National Park is well known for its Cairngorms mountain range, with an arctic-tundra plateau that is over 1000 metres above sea level. The Cairngorm National Park was the second national park designated in Scotland in 2003, shortly after Loch Lomond and the Trossochs, and is the largest national park and a popular tourist destination in Scotland, the UK and further afield. 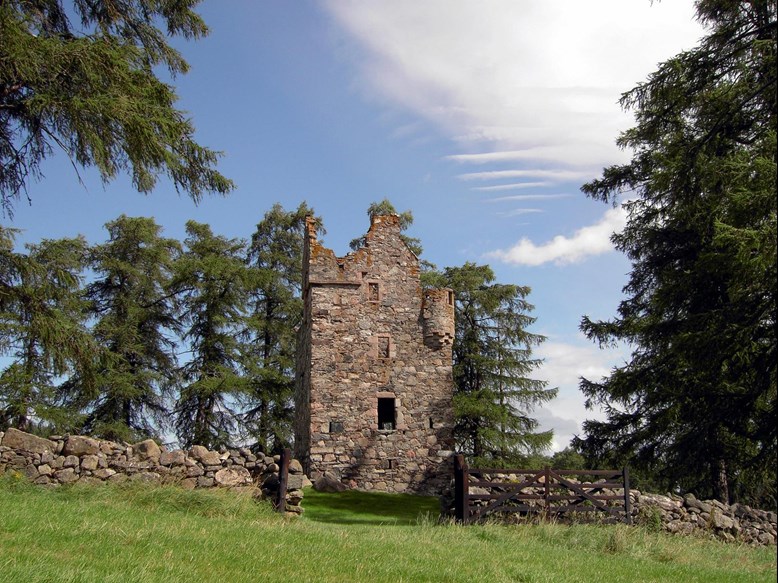 This 1600s castle in Cairngorms National Park is a fine example of a Scottish laird’s residence (laird, or lord, owner of a large estate).

Close to Ballater and Balmoral, Knock Castle is kept by Historic Environment Scotland with access to the public. The history of the castle is not very well known, but it is a fantastic four storey castle was, according to CANMORE, built on the 12th century Old Knock Castle, belonging to the Earls of Mar. 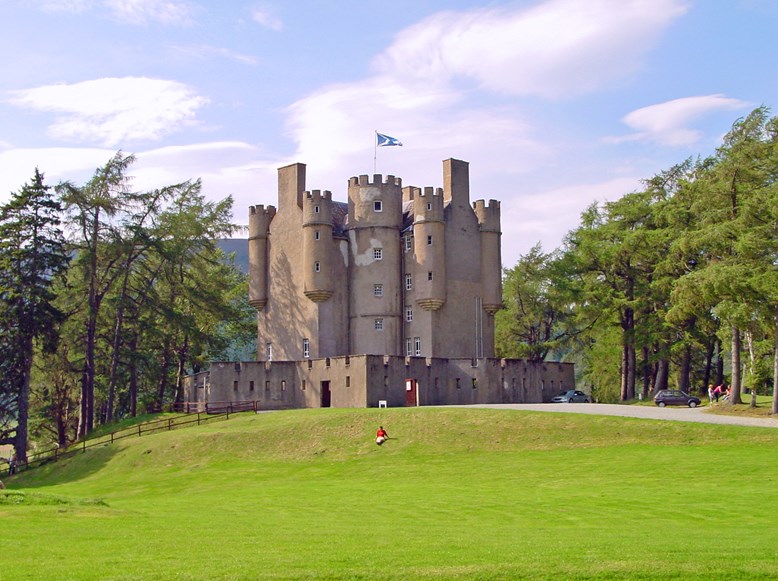 This castle in The Cairngorms National Park is located close to the village of Braemar also within the national park.

Braemar Castle played an important role in the Jacobite uprisings, according Braemar Castle’s website, and has been visited by Queen Victoria.

Banff, on the north coast of Aberdeenshire, is situated on Banff Bay, and is the county town of Banffshire, a historic Scottish county. Banff did once have a castle itself, but this was demolished and replaced with a town house. Banff is well worth visiting, with fine architecture examples being one of the best-preserved townscapes in Scotland. 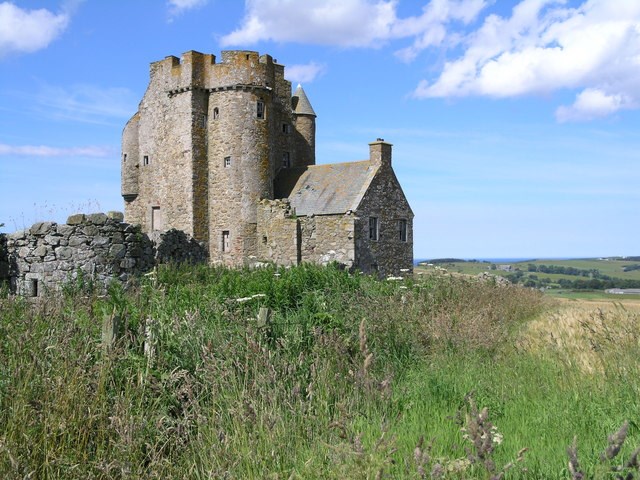 With a commanding view across to Banff Bay, Inchdrewer is a ruined castle in Banff, on the coast of North Aberdeenshire.

With an exciting past, the castle was owned by Royalists in 1600s, and came under attack from Covenanters, the 3rd Lord of Banff was murdered here, and the castle also came under siege during the Jacobite rising, according to Wikipedia.

Pitsligo Castle near Banff is a 15th century ruined keep, with great views over Rosehearty Bay, a real historic jewel with an interesting history, worth visiting.

According to Britain Express:

“Though still a partial ruin, the castle has a wealth of architectural details, including a number of heraldic carvings, incorporating arms of both the Fraser and Forbes families, which can be seen over doorways in several places.”

Peterhead is the biggest town in Aberdeenshire, and is located on the East coast of Scotland, about a 40 minute drive North of The City of Aberdeen.

Founded in 1593, Peterhead is a significant fishing town with a port, and is famous for Slains Castle, which according to Visit Aberdeen is the inspiration for the setting of Bram Stoker’s Dracula. 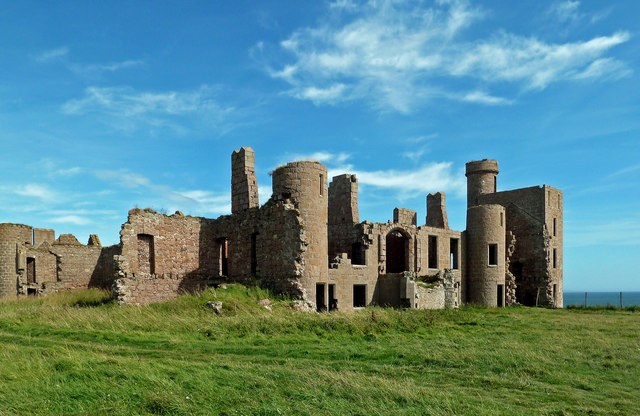 With a prominent clifftop position overlooking the North Sea, the castle has a variety of architectural styles, and is relatively well preserved thanks to restoration over the years.

Organise your own Aberdeenshire castle trail, and tour the castles near Aberdeen

Our Hotels and Inns throughout Scotland are ideally situated for a tour of Scotland’s castles, with hotels and inns in Inverurie and Ballater in Aberdeenshire, as well as our spa hotel near Inverness further North.

Why not indulge in a luxury hotel spa break between exploring Scottish castles, or ensure you are fully prepared for a day of discovery with our dinner, bed and breakfast offers across our range of hotels and inns.