Home to over 70 stone circles, Aberdeenshire is the place to visit if you’d like to immerse yourself in mystery and wonder at our ancient stone monuments. Ancient tales and stories tell us that these prehistoric sites were places of ceremony, worship and healing as well as solar and lunar observatories. Dating all the way back to 2000 BC, stone circles were sacred places where people would celebrate and commemorate life, religion and culture.

Whether you’ve seen stone circles on Outlander, followed Merida in her Brave journey, or remember Children of the Stones, Aberdeenshire is the perfect destination to relive and capture infamous TV moments. Discover the history, mystery and culture of Aberdeenshire and find several of our very own stone circles. We’ve listed 10 stone circles around Aberdeenshire that you should add to your outdoor excursions. 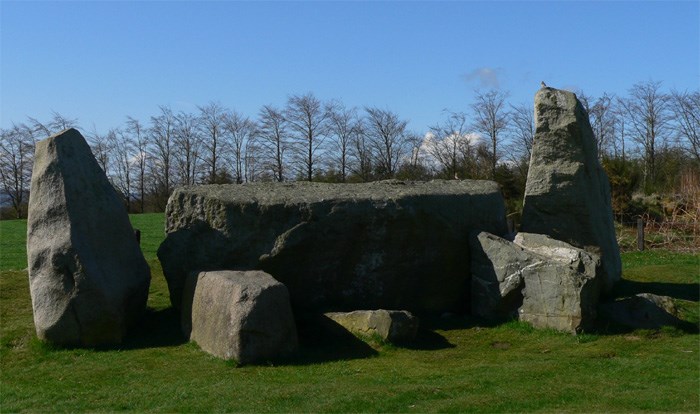 An adventure pending. To find the Whitehill stone circle, you’ll need to walk through the Pitfichie Forest for around 1.5km where you’ll find 4 upright stones standing strong in their positions, untouched.  A woodland setting, a forest in the background, the Whitehill recumbent circle is around 20m in diameter with a ring cairn of 17m in diameter. Only the recumbent, the western flanker and 2 other granite srintes are in their original positions, whilst other fallen stones situate around the perimeter. 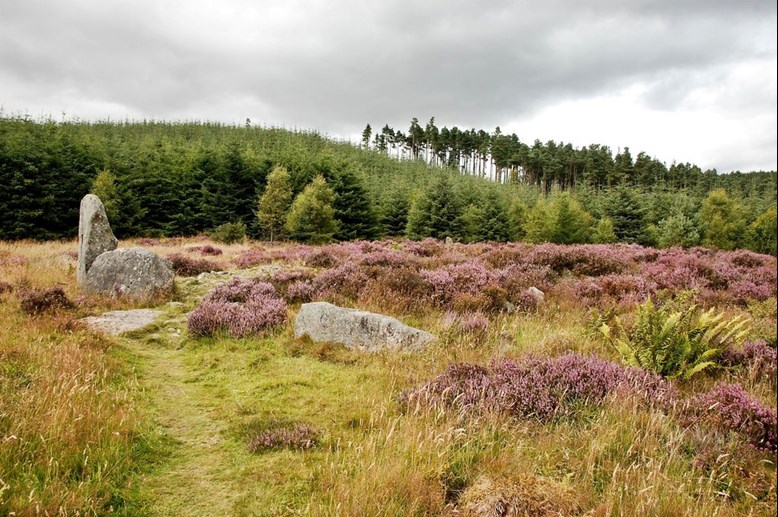 A beautiful woodland burial site, situated amidst a coniferous plantation, lies the Cothiemuir Stone Circle. The circle encloses a cairn and originally consisted of 13 stones, although only 8 stand strong now. The recumbent measures around 20m in diameter. You’ll find the recumbent stone and its flankers to the west-southwest of the circle and a standing, leaning and fallen stone at the western arc of the circle. A mesmerising setting with a prehistoric essence. 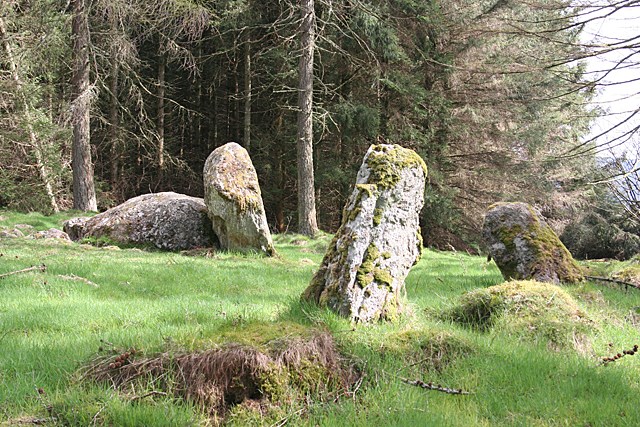 Within the grounds of Midmar Parish Church you’ll find Midmar recumbent stone circle. Unusual but striking, the Midmar has a peculiar set-up with two stones standing upright at either side of the recumbent stone. These two towering upright flanks (2.5m in height) often resemble two watchmen or canine teeth - depending on your imagination. When the graveyard was laid, it is assumed that some stones were moved and rearranged. As mentioned above, stone circles are sacred places and this is re-emphasised as Midmar is surrounded by a respected church and gravesite. 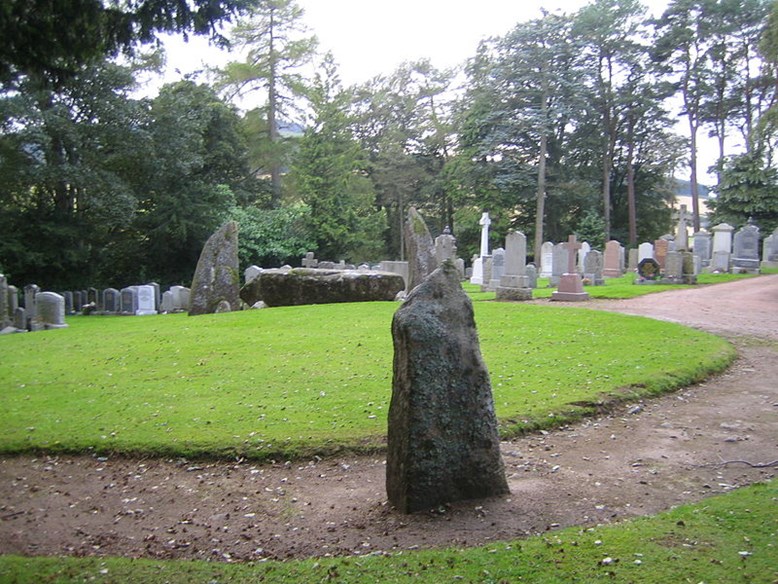 Aikey Brae stone circle is situated at the summit of Parkhouse Hill and is the most intact circle within northern Aberdeenshire - worth the trip. Around 4,000 years ago a local farming community created Aikey Brae to chart the passing of seasons through a lunar cycle. This circle features a 21.5 tonne recumbent stone and offers a breathtaking view across Buchan landscape. Altogether the circle includes 10 stones with a 14.4m diameter. 5/10 stones still stand erect including the recumbent, East flank, whereas the stones in the west flank have fallen.  A unique fact about this stone circle is that the West flank and recumbent are made of whinstone, not granite like the majority of stone circles. 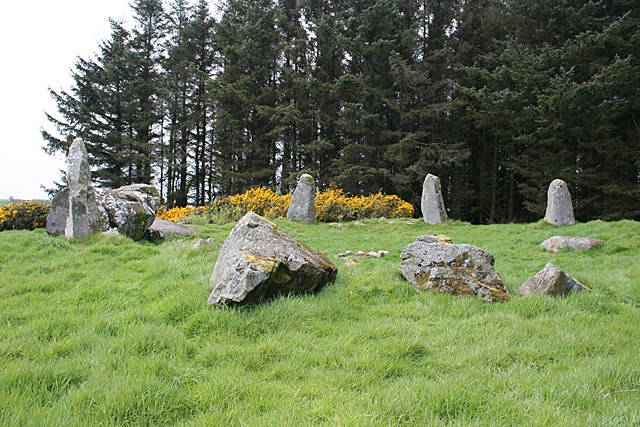 Within a forestry plan, just west of Clune Hill stone circle, resides Nine Stanes circle on a woodland area. Its shape is more in line with an oval or triangle rather than a circle but the views and majestic atmosphere is worth the adventure. This stone circle encloses a cairn and is made up of 6 upright stones, the recumbent and 2 flanks. What makes this circle different is that the recumbent and flanks reside on the edge of the inner cairn whilst the erect stones create an outer oval arc (18 by 14.6m). 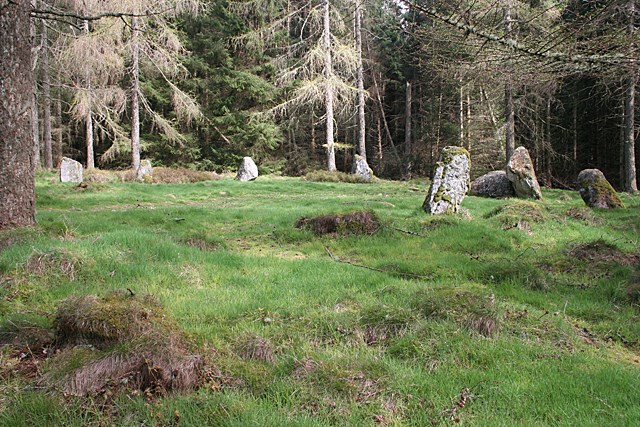 A stunning stone circle with a recumbent stone and two flanks is still standing, along with 5 other granite stones upright. Only a few stones within this circle have fallen and no longer stand tall. Eslie the Greater, also known as Eslie Major has a ring cairn around 18m in diameter, a recumbent stone of almost 3m in length as well as standing stones around 1.5m in height. Transport yourself back in time and picture why this stone circle was erected. 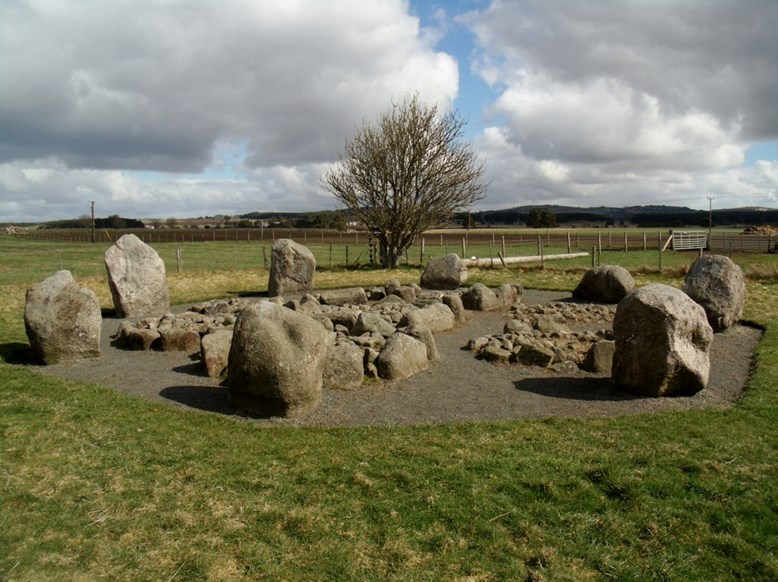 Just south-east of Tarland village, upon a hilltop, lies the Tomnaverie stone circle. This recumbent stone circle has been reconstructed with a diameter of c.17m. Within the circle, you will find a huge whinstone recumbent, 2 flanks and 8 upright stones of a pale red granite colouring. The enclosed ring cairn is c.14m. 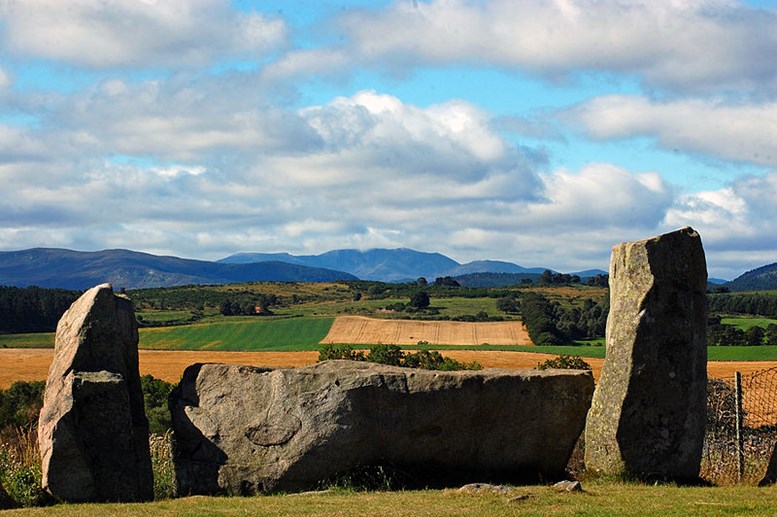 An iconic and mystical site. The Loanhead of Daviot is an amazing circle as the recumbent stone is split in two, as if an astronomical event occurred to split the rock. This Aberdeenshire stone circle consists of a low kerb cairn, an outer circle of 20.5m in diameter. Loan of Daviot is made up of 8 standing stones, 2 flanks and a halved recumbent. Adjacent to the circle lies the remains of a cremation ceremony where 31 bodies were excavated. This prehistoric site oozes with wonder and mystery. 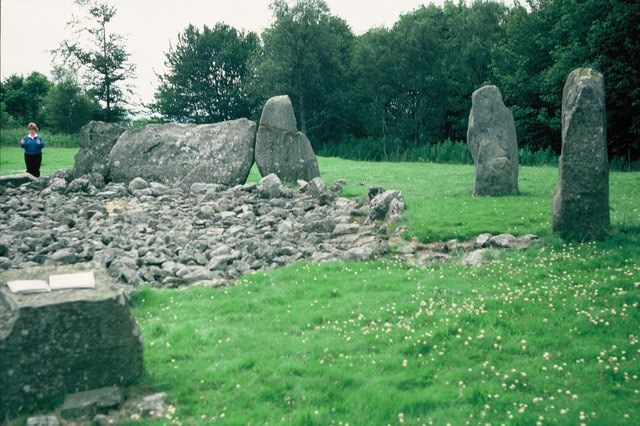 Jump in your car and go on the Aberdeenshire stone circle trail. Google Maps highlights 20 stone circles that might tickle your interest. We’ve listed 10 of our favourites and they are all situated around two of our beautiful Aberdeenshire Hotels & Inns. Whether you decide to stay at our newly refurbished Balmoral Arms in Ballater, or stay at our majestic Thainstone House Hotel in Inverurie, our staff will welcome you to rest, indulge and recover.