There are plenty of things to do in the Inverurie and Aberdeen area when you stay with us.

Thainstone House offers guests the ideal opportunity to experience Scottish golfing at its best with a short golf break or bespoke luxury golf vacation. Parkland and links courses offer golfers a choice of challenge at renowned names like Royal Aberdeen and Trump International, as well as local 18-hole courses. Exclusive rates for Thainstone guests are available at Inverurie, Kintore and Kemnay Golf Clubs.

The area offers some of the best loch and river fishing as well as the option of sea angling for those keen to cast their hook.

Those who are looking to experience the historic practice of deerstalking on Aberdeenshire estates have plenty of choice.

Famously known as the Granite City due to the buildings and monuments made from the sparkling stone, Aberdeen is a diverse city with beaches, golf courses, museums, galleries and shopping.

P&J Live, the exhibition centre is located on the west side of the city, next to Aberdeen Airport and en-route to Thainstone House which is a short drive away.

Aberdeen Art Gallery has undergone a recent transformation to enhance its collections, while the Aberdeen Maritime Museum celebrates the city’s long relationship with the sea.

A finde example of 16th century architecture, Provost Skene's House houses an attractive collection of rooms, furnished to show how people lived from the 17th to early 19th centuries. The house is named after one of Aberdeen's most famous residents, Lord Provost George Skene. The museum also now houses an unusual series of religious paintings in the Painted Gallery and displays of period dress in the Costume Gallery.

Castle Fraser is an imposing castle dating from the 15th century. Secret staircases lead to panoramic views of the surrounding parkland estate and the castle houses Fraser family portraits, even including one by the famed artist Raeburn. With woodland and farmland giving views of the local hills, there are marked walks and a walled garden to explore.

Nearby Fyvie Castle is an 800-year-old Scottish Baronial fortress, now in the care of the National Trust for Scotland.

Miles of sandy beaches and rugged coasts with castles perched ominously on cliff edges are within easy reach of Thainstone House. The Aberdeenshire Coastal Trail offers a good way to see the coast, though walking all 165 miles may take a while. Aberdeen is the biggest city in the north east and finds its roots in the fishing industry, as do many of the smaller villages and towns that are dotted along the North Sea coast.

Thainstone House is easily reached by rail, road and air. Located on the A96, main Inverness Road, Thainstone is clearly sign-posted approximately 12 miles north from Aberdeen Airport, on the outskirts of Inverurie town centre. Inverurie railway station is a little over 1.5 miles away and by bus, the No. 10 and 37 services from Aberdeen and Inverness, stop outside the main gates of the hotel property.

Book Your Stay In Aberdeenshire

With a beautiful countryside backdrop, an AA-Rosette Green Lady restaurant, soul soothing spa and luxurious suites, our 18th Century mansion is the perfect place to escape in Aberdeenshire.

Discover Aberdeenshire. Explore our rooms and suites, and available dates. Our selection of rooms book up quickly, so we’d recommend you book in advance of your holiday to save disappointment.

Discover all that Aberdeenshire has to offer and explore the vast beauty on our doorstep. We’ve selected two must-do activities whilst staying with us in Inverurie.

Go on an adventure 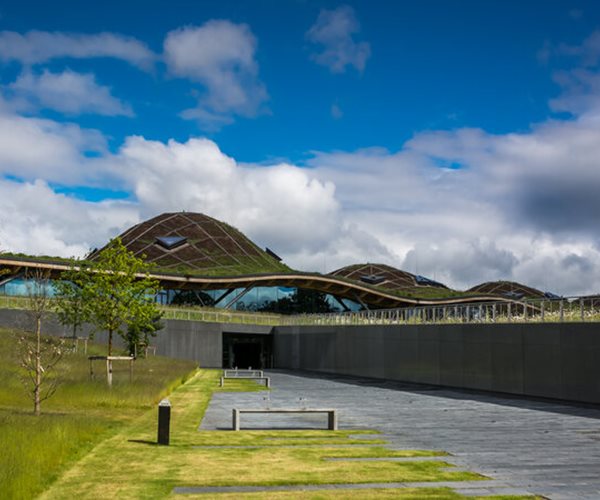 Iron Age fort on the summit of Mither Tap

Glen Garioch and Ardmore Distilleries nearby

Local riverside and hill walks nearby

Charge your electric car for free in our reserved spaces

Our heated indoor pool has views across the Moray Firth

We pride ourselves in our ishga spa treatments

View offers Buy a gift
message
By closing this message, you consent to our cookies on this device in accordance with our cookie policy unless you have disabled them.